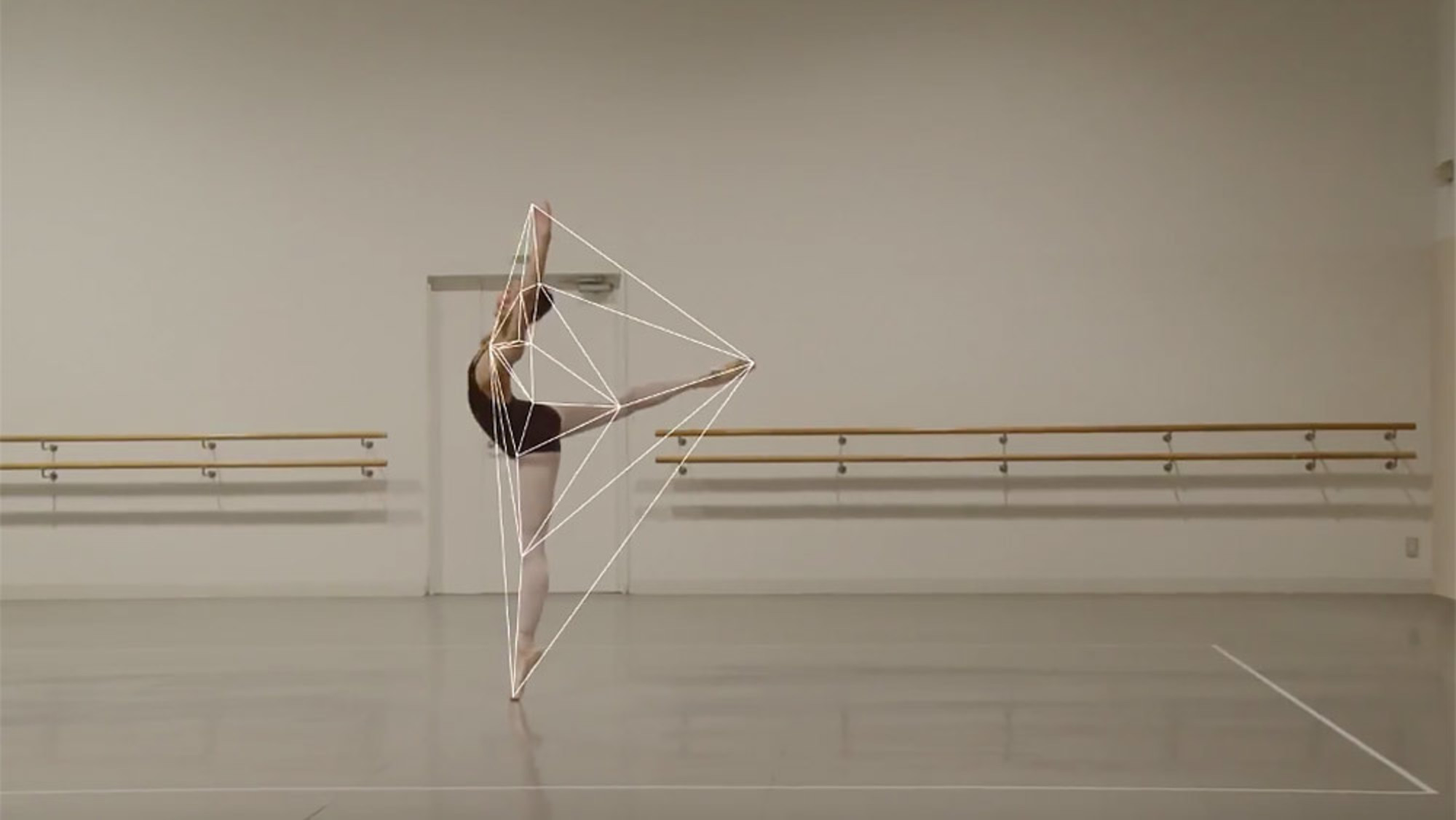 Posted at 17:08h in Inspiration by Ballet For Women
0 Likes
Share

This gorgeous project was created in 2017, but for any dancer who missed it, it’s definitely worth revisiting. A true inspiration, this beautiful short film, titled Ballet Rotoscope was created by Tokyo-based design group EUPHRATES. This short visual treat is creative, imaginative and impactful, and illustrates the delicate movements of a ballet dancer with a geometric, spacial and infinite awareness for movement and time. As the ballerina moves, different points on her body are traced by a computer-generated technique called rotoscoping, to reveal the geometric beauty of dance. 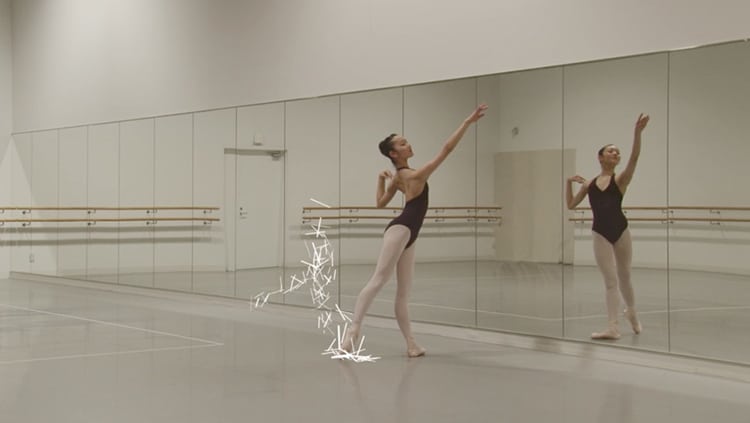 Ballet Rotoscope is an experimental that reveals the geometric beauty of dance through a computer-generated technique known as rotoscoping. 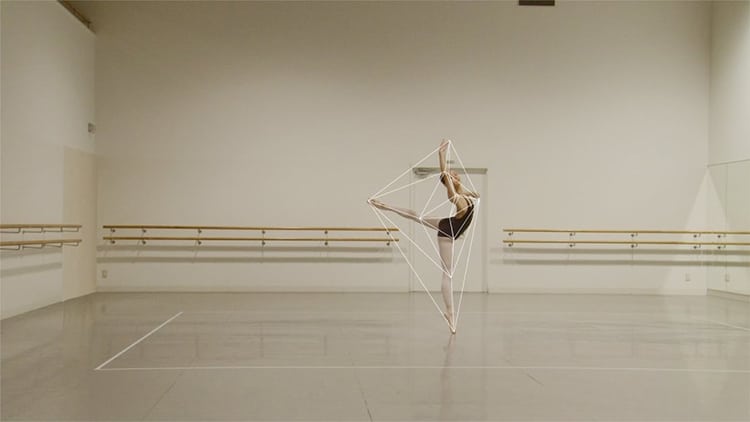 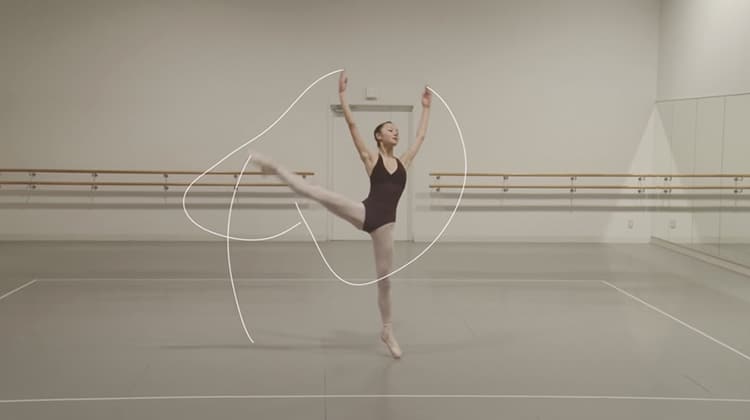 Rotoscoping is a method that is often used for visual effects in live-action movies. The animator creates a silhouette, called a matte, that can be used to clip an object from a scene, which can then be artificially pasted onto a different background. However, in EUPHRATES’ film, the matte lines are left visible, and seem to have a life of their own. At times they detach from the points they trace, creating a choreographed relationship with the ballerina. As the film begins, we see a collection of geometric shapes within which the ballerina is then revealed and concealed in a series of fades. As the piece progresses, she appears to draw curved lines in the air and collect “sticks” as she moves across the studio floor. Towards the end of the performance, she leaps gracefully into shapes that perfectly match her seemingly pre-determined form, attaching to her like an elastic net. Finally, the piece concludes with a flurry of orbital movements, tracing a visual prelude to her final pose.